That’s the ethos that has propelled Alexander Volkanovski on his meteoric rise up the UFC rankings and on a collision course with superstar Max Holloway for the featherweight title in Las Vegas this weekend.

The Shellharbour fighter is looking to unseat Holloway as champion and become Australia’s second-ever UFC champ after Rob Whittaker, who recently lost his middleweight crown to Israel Adesanya.

Volkanovski has done things his way. The former concreter amassed a record of 13–1 with 10 straight wins prior joining the UFC and has gone on to maintain a perfect record in the world’s most famous MMA promotion. With his overall record at 19-1-0, the star with Greek and Macedonian heritage has silently knocked off each fighter that’s been put in front of him. 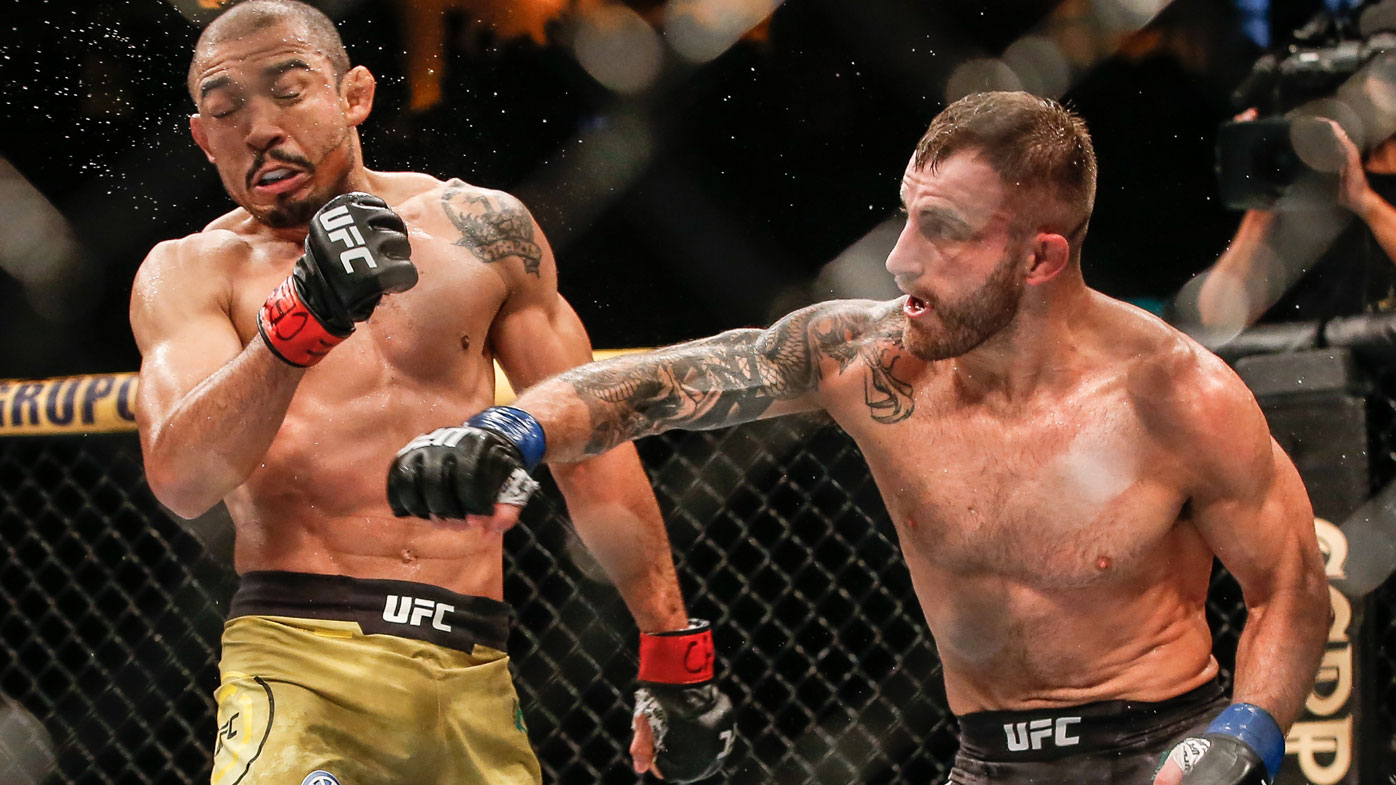 While many UFC fighters take the trash-talking rout on social media to promote themselves and cultivate conflicts with rival fighters in the company, the former league player turned MMA star opted to follow his own blueprint and let his fighting do the talking. While running your mouth comes with its risks, doing the opposite is also a gamble.

The upper brass at the UFC are more inclined to set up fights that are going to generate public interest and the most money, and that can sometimes be prioritised ahead of paying respect to someone’s record or ranking. Not one to talk smack, Volkanovski has opted to let his skills in the octagon dictate his future and has been hellbent to stay true to himself from beginning to end.

“That’s something that I’ve always said. I’ve never had to do all that stuff. Don’t get me wrong, it probably does fast track you,” Volkanovski told Wide World of Sports.

“But once they get knocked out, everyone remembers them for that. I’m not going to take silly risks like that. I’m going to go out there and I know I can beat a fighter and I’m going to show them.

“I want to prove I was myself all the way to the title.”

It’s not an easy path to follow considering the biggest fights in the promotion’s history have been dominated by arguably the biggest trash-talker in combat sports – Conor McGregor.

The Irishman followed the path of Floyd “Money” Mayweather, provoking and verbally abusing rivals, which led to him being one of the most recognisable faces on the planet while boasting four of the five biggest-selling bouts in UFC history. And that in itself has set a precedent, leaving so many fighters with little choice to follow suit.

Yet Volkanovski prides himself on being “a humble bloke” despite seeing other fighters heavily promoted with losing records when he’s only had one loss in his MMA career and is unbeaten in the UFC. 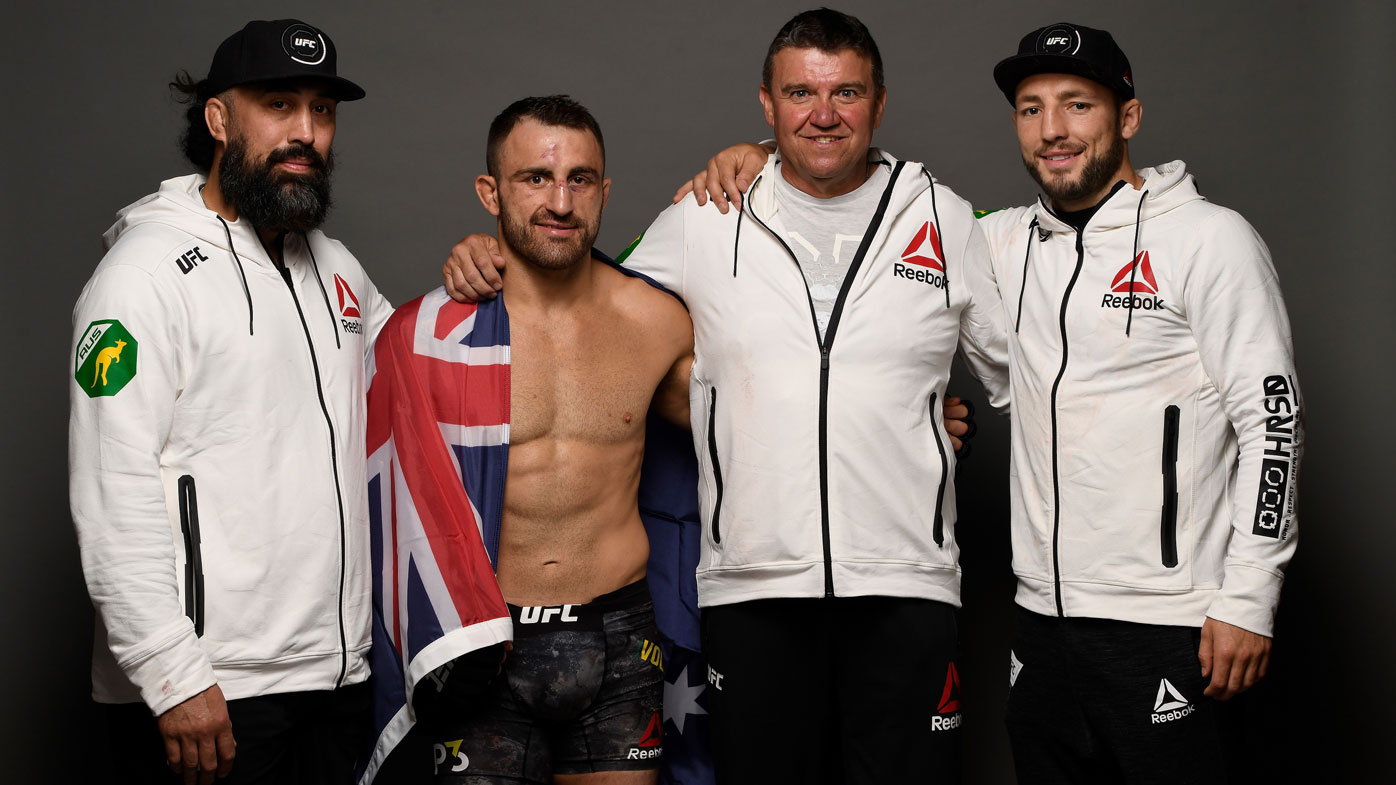 For instance, the recent “BMF” non-title fight between Jorge Masvidal and Nate Diaz was heavily pushed as the fight between “baddest motherf—-rs” on the planet, with UFC boss Dana White proclaiming it to be a huge fight fans want to see.

Following his five-second victory over Ben Askren via a brutal flying knee, Masvidal has gone on to be the hottest fighter in the UFC this year. Diaz has a strong following from his fights with McGregor, with both of them among the five biggest-rating bouts in history.

But both fighters have lost several fights between them, with Masvidal losing 13 times and Diaz 12, albeit through lengthy careers. However, Volkanovski says he doesn’t get frustrated by the amount of shine given to fighters who have lost more than he has in the octagon.

“I wouldn’t say its frustrating,” he said.

“A lot of people have seen Masvidal is a success right now but he’s been in the game a long time. He’s been knocking people out from day one. 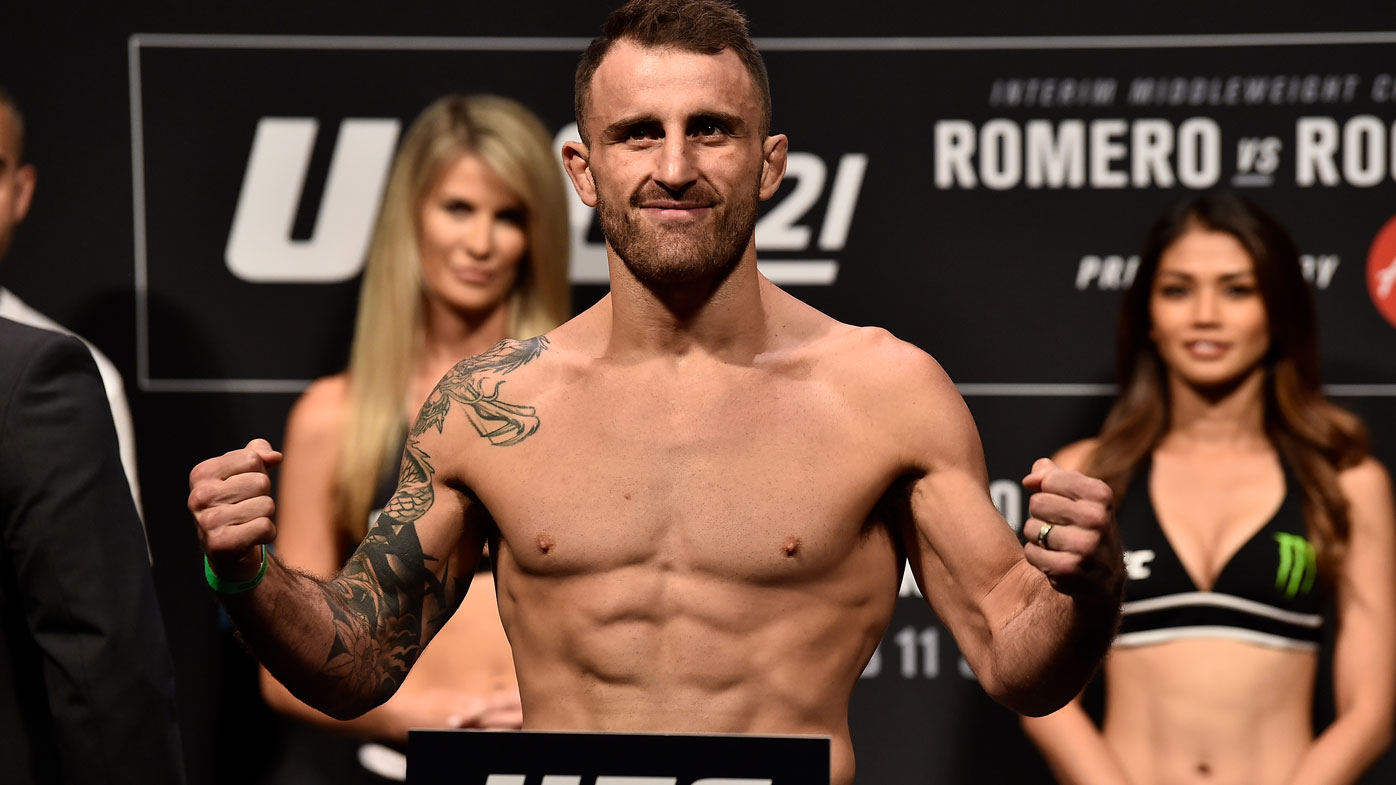 “He probably wasn’t as vocal as he is now. This sport that we’re in is just crazy, you can be a star overnight. You’re one knockout away from being an absolute superstar.”

The Australian arrived in Las Vegas just a week out from his fight with Holloway and spent most of his time preparing at Auckland’s highly-regarded City Kickboxing, with UFC middleweight champion Adesanya also calling the gym home.

Volkanovski says camp for this match-up has been just as intense as it always has been leading into every fight, but this time he’s reached into his pocket to try and iron out any potential weakness ahead of his clash with Holloway.

“I’m spending a bit more money this time,” he said. “I’ve had a wrestling coach come to New Zealand. I’ve brought a nutritionist on board.

“I’ve got a guy looking after my weight. I don’t want to be cutting my weight too much at training. I’ve already seen the results of that. I’m doing all the one-percenters.”

As for nerves, the Shellharbour product says he doesn’t feel tense leading into the biggest fight of his life.

“Fighting is the easy part if you can get through preparation that’s the hard part,” he said.

“In training, there’s sessions that I get more nervous for than the fight.

“In some fights, I know I can finish it early but in some sessions, I know I’m going to go to breaking point where I know I can’t even move.”